Will my real identity please stand up? 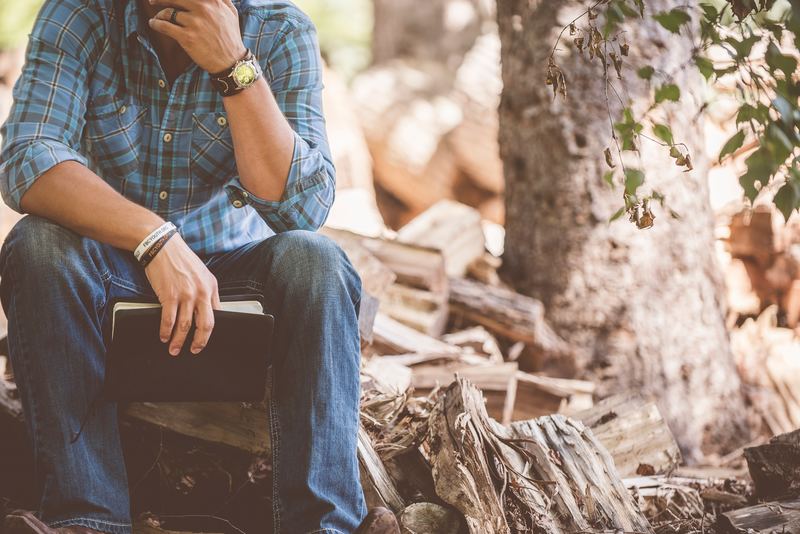 With the whole world seemingly on edge over the need to protect an individual’s right to define their own identity, is it time for us to ask a deeper question? A question that those who are fortunate to not have to deal with the heart-wrenching struggle of sexual or gender identity, have had the privilege to ignore. The question that we all need answered no matter what our social status or bank balance. The question that by its very existence separates us from all other species with whom we share this planet. The question that demands to be answered, if for no other reason than we have the capacity to ask it -Who am I?

Chad arrives home from the office a little later than usual. Raised to have a good work ethic, he makes sure he carries more than his fair share of the workload. The petty argument and cutting words from the short-lived disagreement of the night before still demands space in his head. He tries hard to be distracted by the talking heads on the radio, but he can’t shake the unsettled feeling washing around inside him. The kids run to greet him, but they are only minutes from bath time and he feels guilty because he is glad he can eat in peace. The promotion at work helped pay off the last of his student loans, but it feels like he exchanged a title for most Saturday mornings and frequent late nights at the office. His career is moving slower than he expected, but he shouldn’t be feeling so out of sorts. Too young for a middle-age crisis, he wonders why he has such an empty feeling in the pit of his stomach. Too afraid to share it with his already overburdened wife he pushes the feeling deeper inside hoping it will somehow disappear and tomorrow will wash away the empty feelings he has been suppressing.

When the very core of our being cries out that something is wrong, who do we turn to? When our world gets turned upside down, who can restore balance to our universe and provide the kind of anchor our souls long for? When uncertainty strikes, why do we tend to lurch around from job to job or relationship to relationship or social group to social group trying to fill an unexplained or even worse, an unspoken void in our hearts? A void that seems to be more elusive when we draw attention to it, than when we just leave it alone or bury it beneath a sea of activities hoping that it becomes a figment of our imagination.

It is often in the middle of one of life’s upturns or in the afterglow of a triumph that this unspoken void pushes its way through the many layers of defensive cover and rears its ugly head. It seems to see the gap in our normal defenses, while we are the least expectant, it forces its way into our conscious thought as it stares back at us in the mirror, accusing us with charges of betrayal. Recalling, with seemingly perfect recollection, moments when it provided us with supernatural clarity about the things that are most valuable in this world. Bemoaning the times it wooed us with legitimate promises of true fulfillment only for us to get lost in the quagmire of the daily grind. Telling of the times it appealed to us to abandon the value system the world was imposing on all its prisoners and warned us of the hidden expense it would have on our quest to find our true purpose. Like an unexplained term in a contract, the deal you make with yourself to find stability and prosperity comes at the expense of not knowing your true identity.

Identity takes courage to pursue. Statements like, “Find something you love to do and you will never work a day in your life,” or “What the world needs are people of passion,” are all too easy to say and much harder to follow. There are no “reputable” institutions of learning that offer classes, let alone degrees in “passion.” if we find ourselves in the 99% of the population who have not found their passion, are we doomed to live outside our identity and therefore sentenced to a lifetime where the vast majority of our hours are spent in less than satisfying activities that eventually burn a hole in our soul?

At this point, you may ask yourself if this article is just going to tell you what you already know or if it going to offer a solution. As with many of the important things in life, I am going to ask you to take a step of faith. I can’t show you your identity, but I can offer guidance, but it will only be valuable if you are willing to take the leap into the proverbial unknown.

Read on only if you willing to accept the consequences of honest introspection. Identity is a hard thing to identify and impossible to put under a microscope. However, until the most recent sexual revolution, the western world almost exclusively tended to define identity based on value. Value in turn, was defined by the talent you bring to the supply and demand equation. Therefore, only those who have a unique talent that put them in great demand could claim significant identity. Let me ask you one more question before I offer an answer of substance – do you feel like you should be worth more than the value the world has placed on you?

If you answer yes, then I want to point out what may seem redundant now, the key to understanding identity is not linked to your talent or the value you offer the world around you. Your identity cries out to be valued, because the one who gave you your identity insisted on putting a true north switch in your knower. As soon as you drill down into that part of your being that intuits reality rather than depends on science and proof, you trip the switch and a warning flare flashes across your consciousness.

True North is the place where identities are born. Where talent is not the object of value, but image. Not the image the world values, but the only image that truly matters – the image of the one who created us. His image is and should be esteemed above all else and the powerful truth is that each of us carries an equal portion of that image. Nobody, not even the most elite among us, can claim any more of His image than the rest of us. Therefore, the logical but unpopular conclusion is that each human being is just as important as another in the eyes of the only one who can assign real importance. Each one has the same opportunity to grab hold of the identity they were given and live a life from a position of knowing their value rather than trying desperately to earn their value based on an unfair supply and demand equation.

Chad, our hapless soul, on the verge of rejecting his God-given lifeline, calls his childhood friend for advice. Brian had been voted the most likely to succeed in college, but he shipwrecked his life after getting addicted to pain meds and later opioids. If not for a miracle, he would have died. Now every time they talk, he seems to have real purpose and meaning to his life as he helps others escape the fate to which he almost succumbed. Chad’s journey seemed the complete opposite of Brian’s, yet somehow, he knew he could learn something from his friend. His pursuit to fill his void with a performance-based identity only served to crush his hope as his efforts came up short of the mark. “The truth is,” Brian explains, “you need to tap into your true north rather than try and silence it. That nagging voice won’t go away, at least not in the way you are hoping. I am happier today than I could ever have imagined, and it is because I embraced a value system based on who I am in God’s eyes and not based on what I do or don’t do. You need to reconnect with the only one who can show you the way home.”

Only after we find our self-worth in our true identity can we live a life of true purpose. Purpose is derived from identity. Identity is a human-sized portion of the DNA of our creator who, in His literal infinite wisdom, chose to give us value, based not on something we earn, but on something we are.